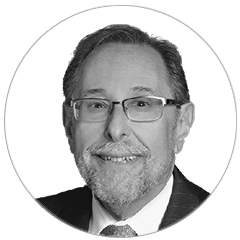 Chairman of Cellworks Clinical Advisory Board, Richard L. Schilsky, MD, has extensive experience in the field of Clinical Oncology. He is a specialist in new drug development and an international expert in gastrointestinal cancers. He is the former Chief Medical Officer (CMO) and Executive Vice President of ASCO. He served as President of ASCO from 2008-2009.

Dr. Schilsky is passionate about cancer medicine and has spent several years of his career at the University of Chicago, serving many roles including Director of the University of Chicago Cancer Research Center and Associate Dean for Clinical Research in the Biological Sciences Division. He served as Chair of the Cancer and Leukemia Group B(CALGB) from 1995-2010. He has served as a member and Chair of the NCI Board of Scientific Advisors, and member of the NCI Clinical and Translational Research committee. He has also served as member and Chair of the Oncology Drugs Advisory Committee of the FDA.

Dr. Schilsky earned his medical degree in 1975 from the University of Chicago Pritzker School of Medicine. He completed his residency in Internal Medicine from the University of Texas Southwestern Medical Center and Parkland Memorial Hospital and received training in Medical Oncology and Clinical Pharmacology at the National Cancer Institute from 1977 to 1981.