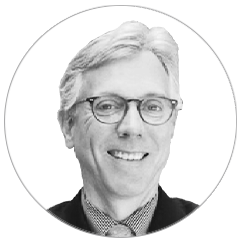 Member of Cellworks Clinical Advisory Board, Daniel F. Hayes, MD, has been a member of ASCO since 1986. He is a Professor of Internal Medicine, the Stuart B. Padnos Professor in Breast Cancer, and the Clinical Director of the Breast Oncology Program at the University of Michigan Comprehensive Cancer Center. He has served as the Immediate Past President of ASCO and on the ASCO Board of Directors from 2011 to 2014.

Dr. Hayes is an expert in breast cancer translational research and clinical care. He is involved in several ASCO Expert Panels including the ASCO-College of American Pathologists Estrogen Receptor/Progesterone Receptor and the HER2 Testing Panels and the Use of Tumor Biomarkers in Advanced Breast Cancer and Early-Stage Breast Cancer Panels to name a few. He was awarded ASCO’s Gianni Bonadonna Breast Cancer Award in 2007 in recognition of his achievements in Breast Cancer Translational Research and Mentoring.

Dr. Hayes completed his bachelor’s degree in Biology in 1974, master’s degree in biochemistry in 1977 and his medical degree in 1979 from Indiana University. His residency in internal medicine was from the Parkland Memorial Hospital/University of Texas Southwestern Medical School. He completed his fellowship in medical oncology at Harvard’s Dana Farber Cancer Institute in Boston from 1982–1985.