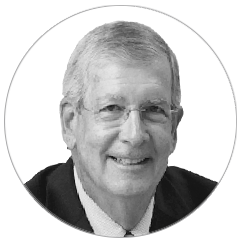 Member of Cellworks Board of Directors, Allen S. Lichter, MD, is an expert in the field of Oncology with decades of leadership experience. Dr. Lichter was Chief Executive Officer (CEO) of the American Society of Clinical Oncology (ASCO), a medical professional organization representing over 40,000 physicians and health professionals in oncology. He served as CEO from 2006-2016 and as President of ASCO from 1998 to 1999. While at University of Michigan, Dr. Lichter served as Dean of the Medical School from 1998 to 2006 and as Chair and Professor of Radiation Oncology from 1984 to 1996.

He has been awarded Gold Medals from the American Society for Radiology and Oncology (ASTRO) and the Radiological Society of North America (RSNA). In 2002 he was elected to membership in the National Academy of Medicine (NAM). Dr. Lichter was named the first Isadore Lampe Professor of Radiation Oncology and also held the Newman Family Professorship of Radiation Oncology. He is the Chairman of the Board of Directors of the Value in Cancer Care Consortium and a member of the CancerLinQ Board of Governors.