Drug development programs today have a 5% to 10% probability of success. Almost half of the failures are due to drug safety issues found very late in the clinical development process. The lack of improvement in outcomes, despite advances in technology and the near doubling of pharmaceutical R&D expenditures, highlights the need for novel approaches to drug development. 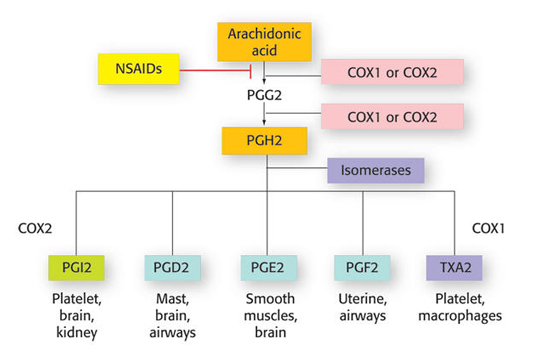 Currently, the identification of efficacy and safety risks for a lead compound primarily uses cell line and in vivo studies. Unfortunately, these experimental systems are black boxes that offer limited visibility into selected phenotypes and biomarkers and very little insight into the effects of a compound on important physiological pathways. Due to this lack of transparency into pathway effects, it is difficult to generate insights into system-level changes in the physiological network. This is often a reason for potential oversight of toxicity issues and incorrect assessment of efficacy.

In the era of molecularly targeted drugs that affect specific targets and pathways, developers must have insights into the off-pathway effects of drug candidates. Use of predictive methodologies that emulate human physiology to test the impact of the drug candidate prior to moving the drug into clinical testing is crucial to improve the drug development success rate. By predicting clinical outcomes early on, the success rate of drug development can dramatically be improved.

Drug side effects and toxicity can be identified as either biology- or chemistry-related. Chemistry-related toxicity includes mechanisms like oxidative damage of DNA, proteins, or lipids or the covalent binding to non-specific targets by reactive metabolites. Technology advancements and screening methodologies—to some extent—address the prediction and identification of chemistry-related safety issues, and pharmaceutical companies have successfully implemented methods to predict such toxicities. However, biology-related toxicity issues that arise from drug-physiology interactions are more complex and difficult to detect and analyze. This becomes even more relevant with molecularly targeted drugs. The inhibition or activation of specific targets in a physiological network through a cascade effect will lead to changes in that network. Some of these changes lead to subtle, indirect effects on important cellular functions. These effects are very pertinent to the identification of potential drug side effects.

Perturbing specific targets could potentially have other negative effects by impacting the same target in another tissue or cell type. For instance, the inhibition of HMG CoA reductase by statins in the liver has a beneficial effect in reducing cholesterol, but its inhibition beyond a certain threshold, in the muscle, reduces the levels of coenzyme Q10 (CoQ10) and, over time, can cause muscle weakness and life-threatening rhabdomyolysis.

Significant, immediate biological side effects can be detected easily. But as the pharmaceutical industry has seen repeatedly, toxicities that arise due to small changes in molecular events that manifest themselves over time and/or in vulnerable populations are harder to identify early in the drug development process. These sorts of biological side effects are difficult to identify in a toxicity experiment since these changes are initially very subtle, but, over time, the effect builds to thresholds that drive the toxic effect.

Understanding the full scope of a molecule’s impact on many different pathways and tissue types—“transparency of the network”—and a more thorough analysis on the systemic impact of the perturbation through predictive studies would greatly benefit this process.

The development of a predictive system emulating disease physiology is feasible because of the massive amount of published reductionist information on signaling and metabolic pathway components and “omics” data coupled with advances in mathematical techniques and computing power. Coupling the massive library of published data to computing power enables researchers to connect the dots in a way not possible before and, therefore, predict clinical outcomes early on. 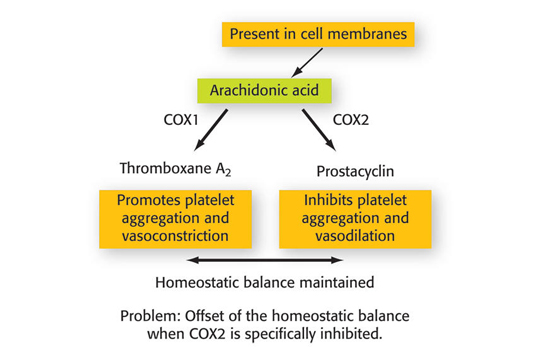 The concept is analogous to a biological global positioning system, which can be used to study the perturbations with disease-drug interactions. Such an approach allows complete transparency into the human physiological network. The key requirement for deployment of this approach and methodology is extensive prospective and retrospective validation of predictions with experimental studies. Once validated, the approach can predict efficacy and biological toxicity issues prior to advancing the program into clinical development.

The potential of such an approach to predicting outcomes is illustrated using two case studies of rofecoxib (Vioxx). The first demonstrates how to identify and understand the side effects of a drug and the second how to rationally create a therapy using existing drugs that improve efficacy while reducing biology-related safety issues.

Vioxx is an example of a successful, FDA-approved drug thtat was withdrawn after extended use due to cardiovascular side effects. If developers had been able to use a predictive approach, those side effects could potentially have been identified before the drug made it into the clinic. Vioxx is an irreversible inhibitor of COX2 enzyme in the arachidonic acid (AA) pathway. It reduces a key pain-associated biomarker, prostaglandin E2 (PGE2). Figure 1 shows an abstracted representation of only the prostaglandin branch of the AA pathway. The other prostaglandins produced in this pathway also have other functions. One of them maintains a homeostatic balance between the vasoconstrictory thromboxane A2 (TXA2) and vasodilatory prostacyclin (PGI2) shown in Figure 2.

Based on the emulation approach discussed, a Vioxx study was simulated on a macrophage system. This predictive study shows that Vioxx at the physiologically approved dose of 200 mg disrupts the balance between TXA2 and PGI2, favoring the vasoconstrictory component over the vasodilatory component of the homeostatic balance. This can lead to potential cardiovascular complications. Such a side effect is not easily detectable in humans because the subtle disruption in homeostatic balance became visible only after prolonged use of the drug.

Based on the prediction of the disrupted vasoconstrictory to vasodilatory balance with COX2 inhibition, Vioxx was screened with other drugs to find a combination that would give a similar reduction of the PGE2 pain marker without impacting the homeostatic balance of PGI2 and TXA2. Using the emulation approach, a combination of Vioxx with low-dose aspirin met these objectives. Retrospective studies in humans confirmed this prediction showing that patients taking a low-dose aspirin along with Vioxx did not show cardiovascular toxicity.1,2

Predictive models offer the promise of predicting clinical outcomes early in the development process and give the ability to rationally construct efficacious therapies with lower potential for side effects. The large availability of data and information on the components of the biological networks and interactions has enabled the creation of such systems. This approach provides transparency to manipulate different pathways in the network and assay intermediate and endpoint biomarkers and disease phenotypes. The key criterion for deployment of such an approach is extensive validation of predictions with experimental studies.